Milestone: actual working car that is taxed and MOTed and insured! 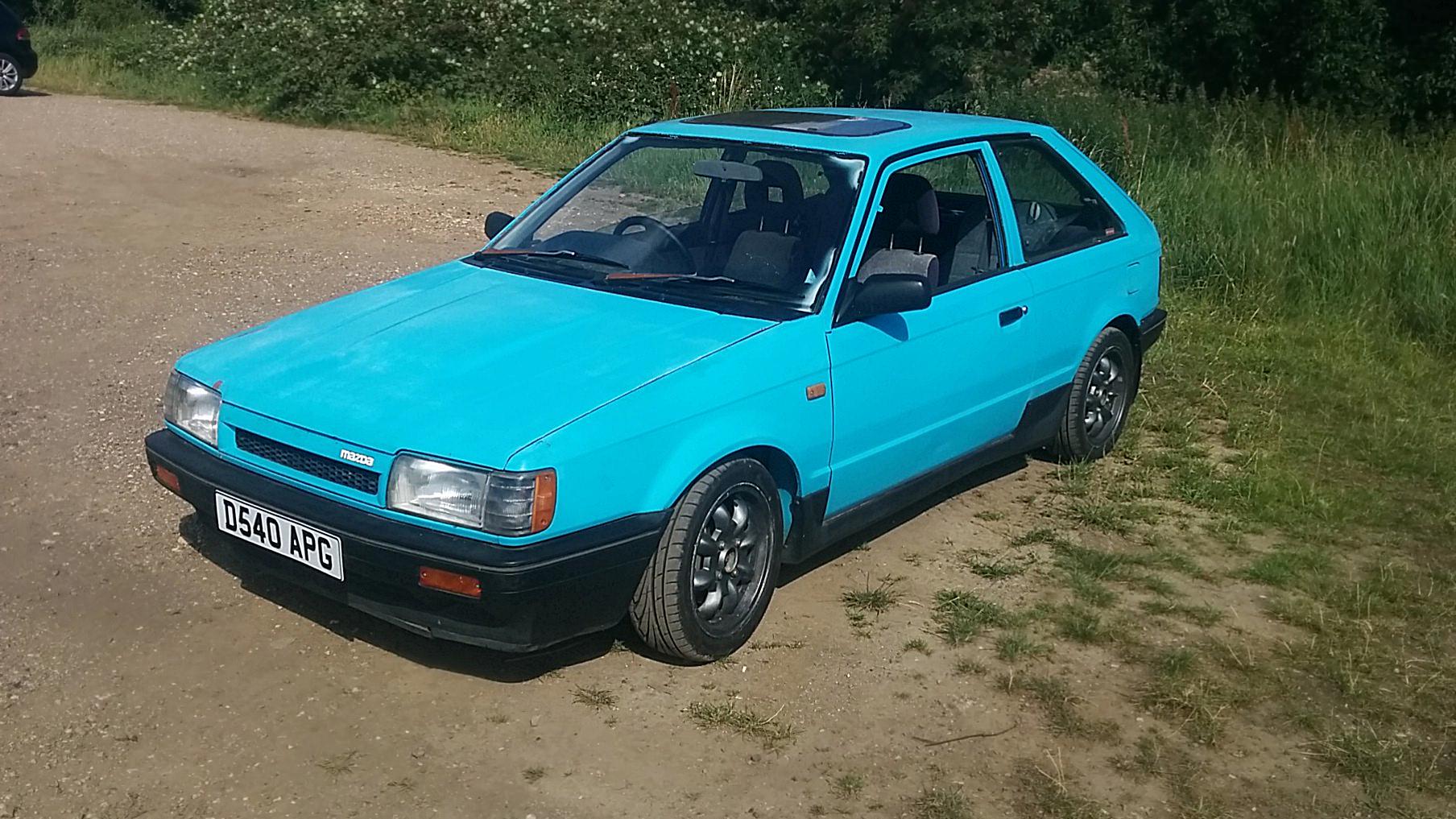 She's back. She actually arrived home on the first Saturday of the month, but I did not get to drive her properly until Sunday, because I spent so much time on Saturday working on Alex's old shit rather than driving my old shit. So it goes. I did take her for a little 20mph run down my road to ensure nothing exploded, and Alex (who formerly owned this car) did a little completely-legal short drive with a cheeky four-wheel-drift for old times' sake. Nothing exploded. Lack of explosions please me. 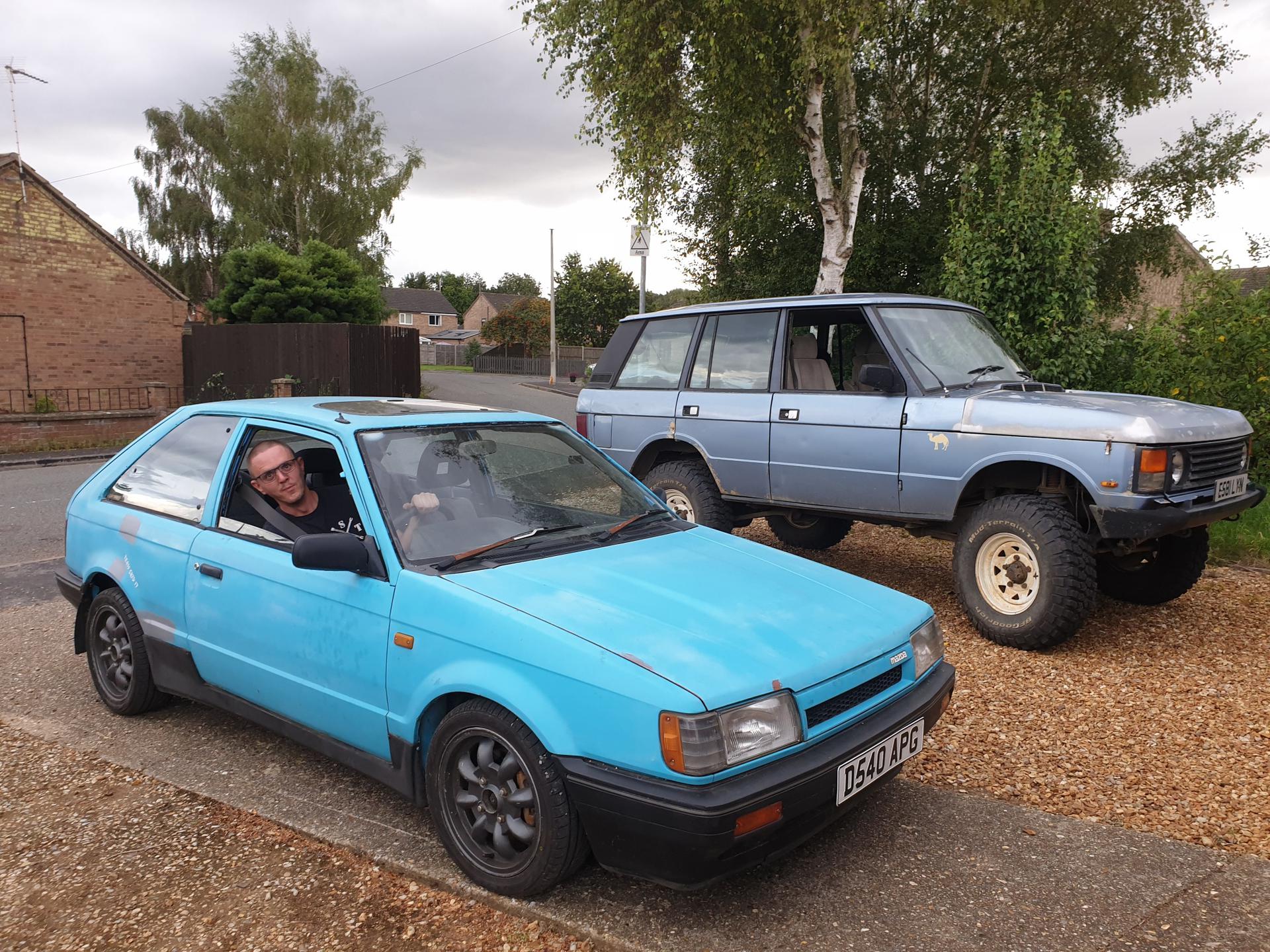 Pictured: my old shit, in front of Alex's old shit

She is AWESOME. There is nearly-infinite cornering grip from the four-wheel-drive system, there is horrendous 80s turbo lag (basically nothing below about 3000 RPM) which is more hilarious than frustrating, she is tiny when you park her next to anything made in the last ten years or so, the noise she makes at high RPMs is deafening and encourages you to powerband her constantly and...yup, I love this car. This has been an expensive and time-consuming and oft-frustrating endeavour and it has been worth every bit of it.

She's not pretty - yet. I'm aiming to take her in for a full respray from the best people in the business next year. But given that she started like this in 2015... 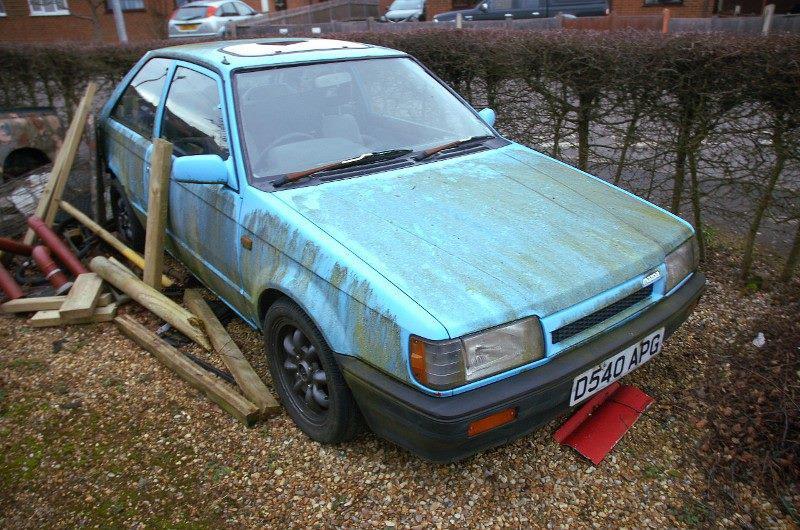 ...I don't mind being a little bit proud of all of this finally coming together.

So then, teething problems.

No matter how much fuel I put in, the fuel gauge never reads more than half full. Unless she really did drink ten litres of fuel in less than a mile on Saturday, the fuel gauge is also entirely unreliable at low levels too. It's probably just the sender unit. For now, I will live, until I find another one (which is likely a GTX-specific part, i.e. completely unobtainable).

She has a weird pogo problem in first gear when the boost kicks in; if you back off the throttle at about 3500-4000 RPM, she will drop revs, then rapidly gain them, then drop them, etc, which is dangerously undriveable. This only happens when the clutch is engaged and only in first gear. Alex mentioned that he recalls messing with the throttle cable damper to make the throttle response more snappy, and thinks that is related. "Just see 1st as an ON switch" was his advice. I'll roll with that for now.

The day after her first long drive, she overheated MASSIVELY in a 30mph zone - the bad "hit the red mark on the temperature dial and start knocking" kind of overheating. Fortunately this happened metres away from the entrance of the Tesco car park in Downham Market. Not to worry - I topped up the lost coolant with some of Tesco's finest bottled water, gave her an hour and a bit to cool down, and drove her home in full driving-instructor-approved highest-gear-possible mode to keep the airflow high and revs low. Nothing went wrong and I made it home.

Curiously, while I was in the car park waiting for her to cool down, I put the heater on full (this, if you did not know, helps to cool your engine in an emergency) and only got luke-warm air coming out even with the temperature gauge hitting the red. Curious, but could be an unrelated problem, so I thought...

What I thought was the problem, after some investigation, was that the fan wasn't kicking in. That would somewhat explain why she had happily been power-banded for an hour straight and then boiled almost as soon as she came in to a 30 zone. That was down to a bad connector, which only required some electrical contact cleaner. Happiness.

Or so I thought. After a test drive a little while later, in which the temperatures were lovely, I parked up at home, went to grab a bottle of water, and a few minutes later she inexplicably did not have enough voltage to start. I thought this strange, but I put the battery on charge, drove her a half mile to the best local shop in the world as a test the next day, and found that she would not start again.

On a whim, while in the car park I decided to poke around to find out why my battery was not charging and saw this. 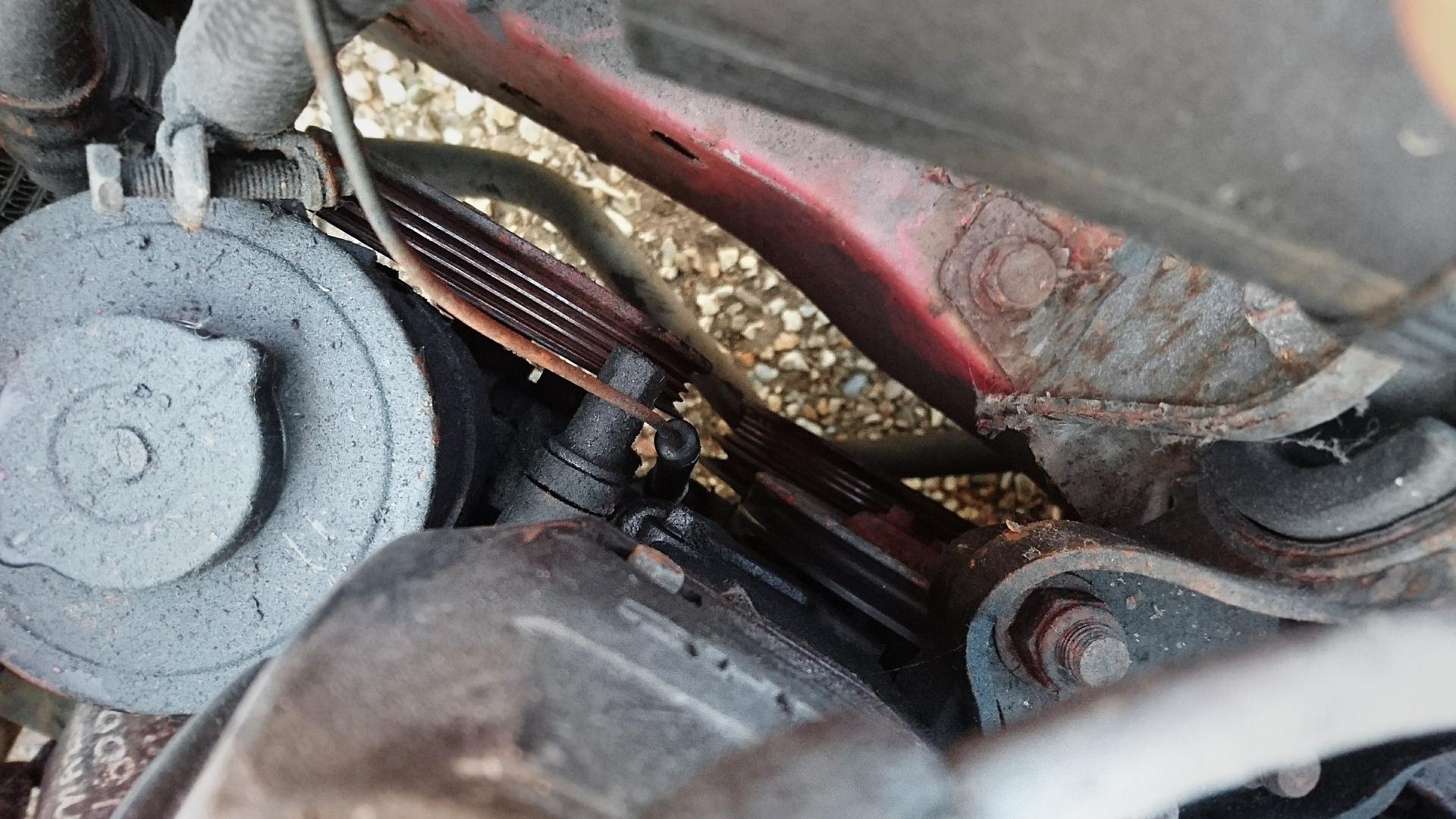 Oops. At some point, she had randomly decided to lose her alternator/water pump belt and her power steering belt. There wasn't far to go, and I did barely make it home with what charge was in the battery after a jump start; in a rare example of me making a sensible purchase and a sensible decision, I had purchased some Sealey jump leads the day before and put them in the car.

Still. This mystified me. A missing water pump belt would certainly explain why it was overheating, but that belt also drives the alternator and given that I was almost in "no electrical systems" mode after a mile of driving, there is no way she would have survived any of the much longer drives I had taken her on previously.

The only explanation of this is me being an idiot. About thirteen years ago (when she was under Alex's ownership) I rebuilt this engine. I very distinctly remember tensioning the timing belt (on some engine designs, a slipped timing belt can explode your engine, though I did not know at the time that the Mazda B-engine is not such a design). I do not remember with the same clarity doing the same for the alternator and power steering belts. If I hadn't tensioned the alternator/water pump belt properly, that could leave things working to an extent, but not sufficiently, and would lead to the belt falling off eventually.

And that, as much as the non-functioning fan, would explain the cooling problem. With a poorly-functioning water pump, water will circulate itself to an extent by virtue of hot things naturally wanting to travel to cooler places, but not sufficiently. That also could explain the luke-warm air coming from the cabin heater.

I took her for a short drive today. The temperatures are lovely, I have more charge in my battery than I did when I set out, and my power steering actually works now.

This, is just how it is. It's expected. She is a 33-year-old car that had been off the road for thirteen years, I fully expected certain things to not work quite right. And even if I had cause to be mad, she's way too cute to get angry at, isn't she? :)