Sometimes, when I show things to not-car people, I often comfort them with "nah, it's just surface rust", because rust isn't actually all that scary (for someone that mostly works on old shit cars). On the other hand, sometimes it really is as manky, bad and dead as it looks: 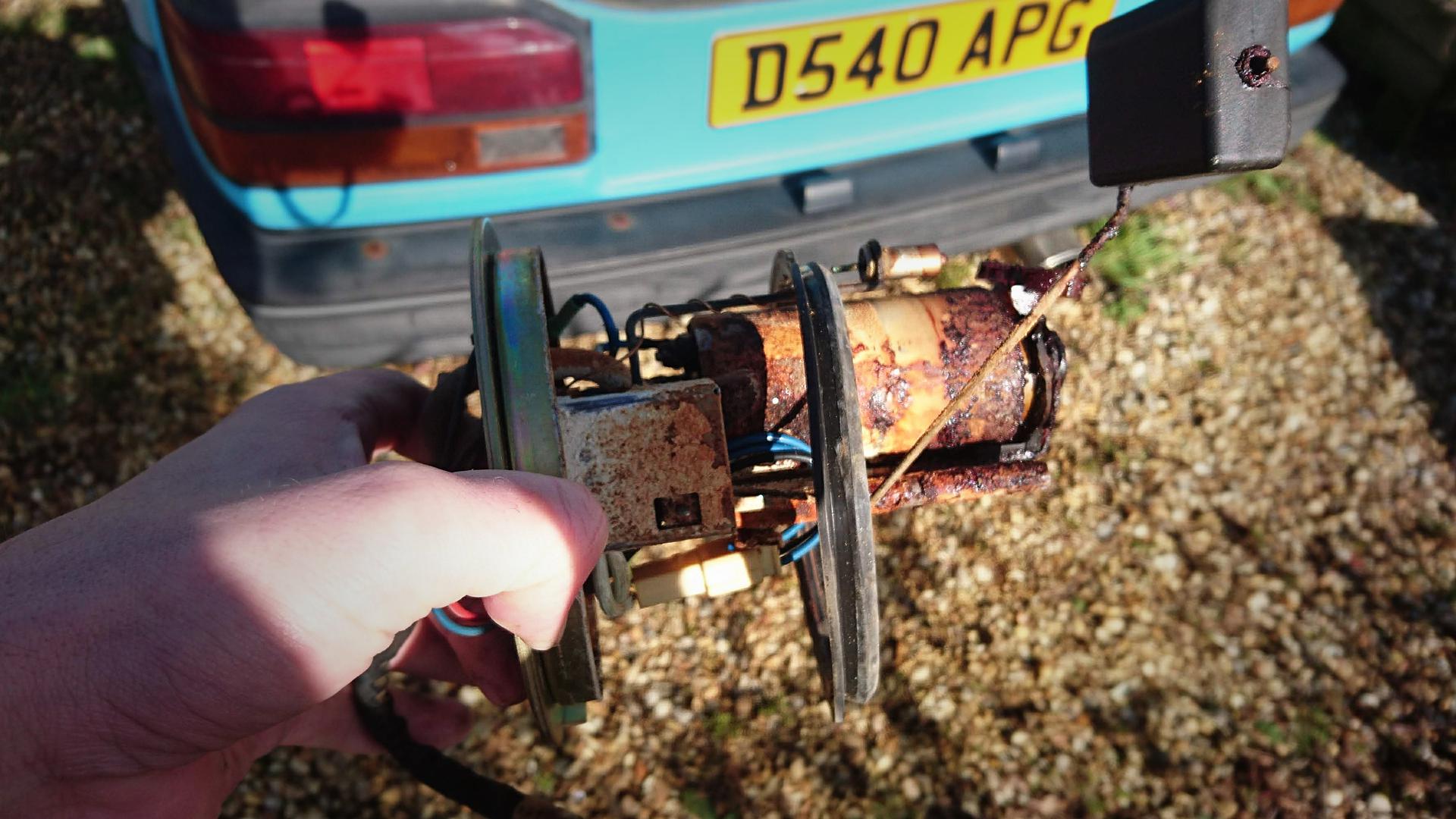 That is my former fuel pump. It is dead. I think it is dead because the filter fell off. Most likely, something nasty got sucked into the pump, and that killed the pump. Probably some of this stuff that we scraped off the bottom of the tank: 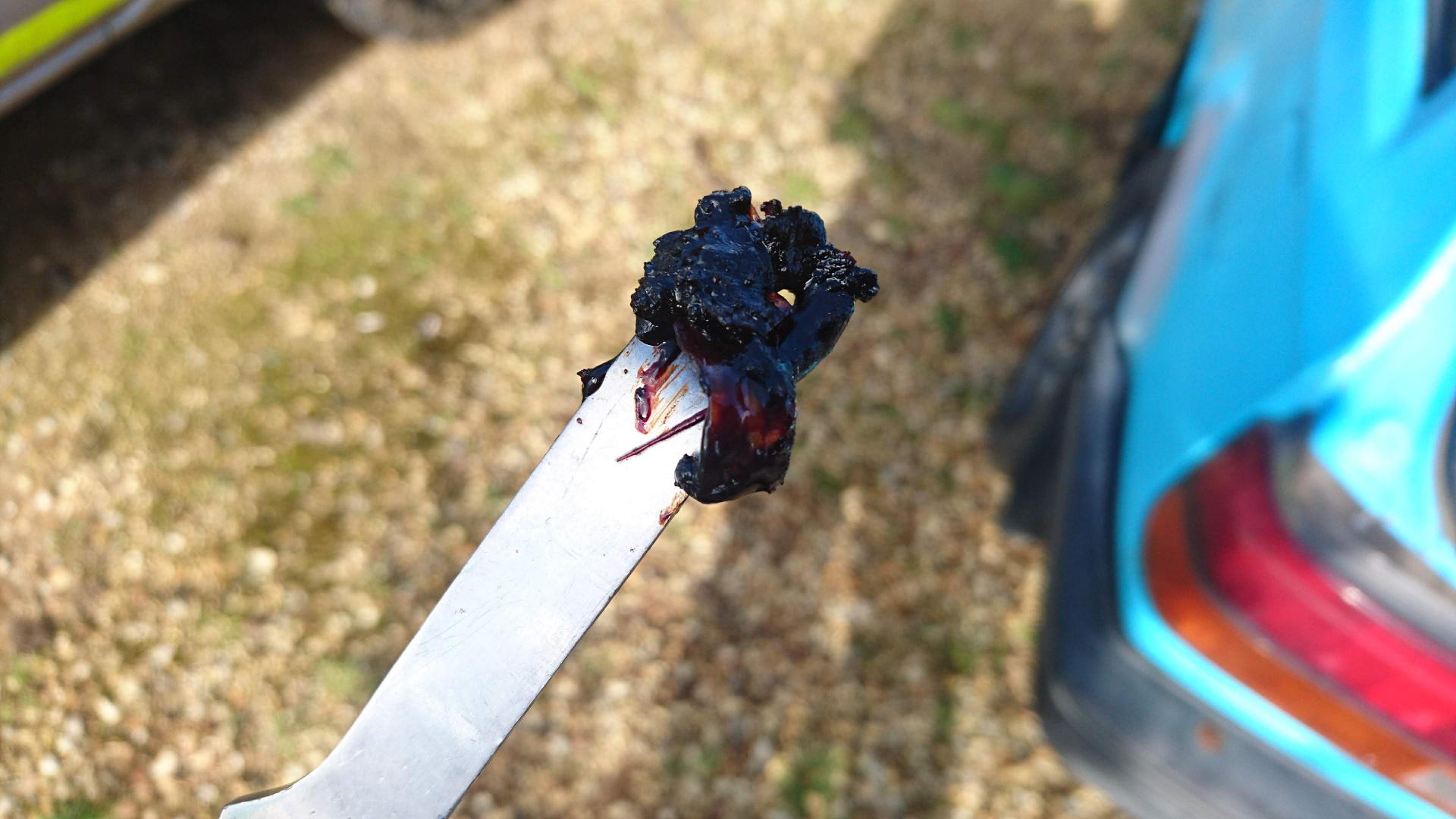 On the other hand, it's plausible that it was 33 years old and ready to give up as 33-year-old parts occasionally do. In both cases, it was the reason that my car was not starting. 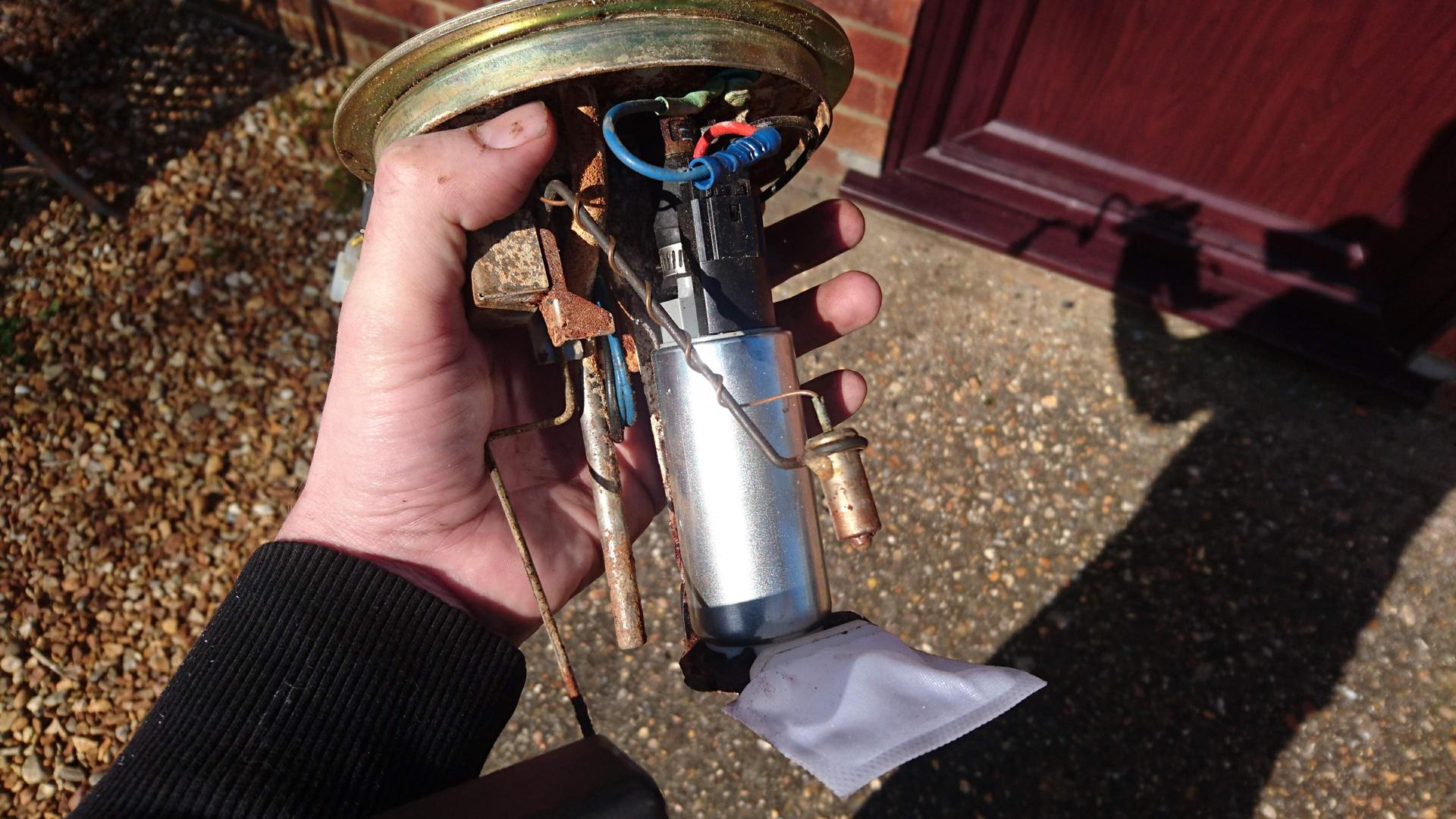 This was a dead easy fit, and there is nothing to report there. And, with a change of the other fuel filter, I now have a working car!

I was considering giving the inside of my fuel tank a clean. My brother's advice is to fill the tank up, keep it filled, and change the filters regularly. I'm going with that, and not just because I don't want to shove my arm into the fuel tank again.