On my brief test movements with Mazda Amy, it always struck me that her gear change was always awfully vague. And not just "old car" kind of vague, but Land Rover "there's a gear around here somewhere" vague, with no clear stops on the X axis, and an enormous throw on both axes. That's one of those things I was prepared to live with as part of the "drives old shit" package, though I did have my mind on getting someone to do a short-shifter mod for me at some point.

Last month, word reached me that Jeff Sylvester, a chap from the USA who is a legend in the small global 323 GTX community, was offering a short-shifter modification for the GTX at a price I thought entirely reasonable. Things were arranged, money was paid, and I pulled my shifter out for a journey across the Atlantic. This is what mine looked like: 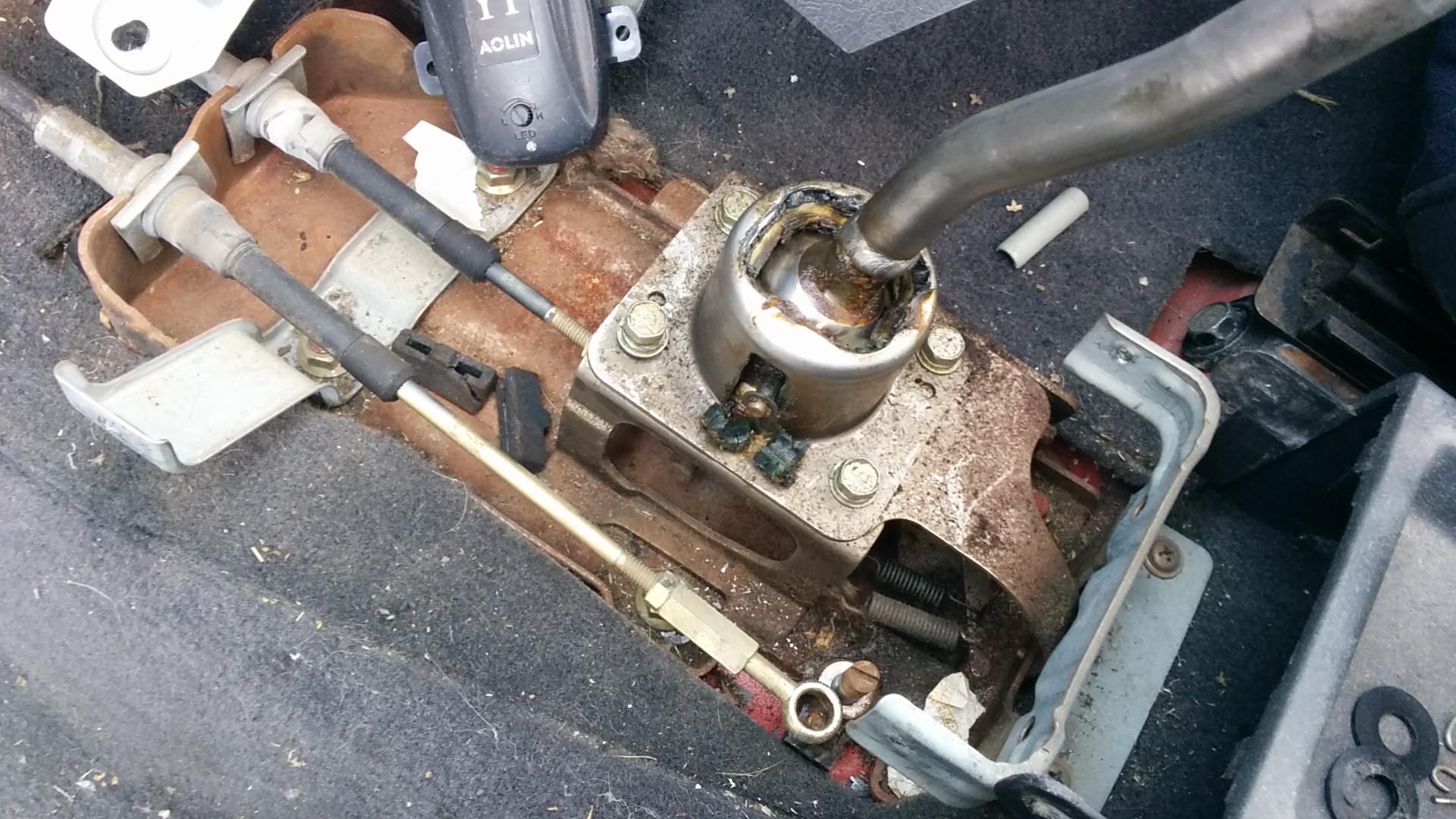 Those disintegrated pieces of black plastic next to the shifter ball are meant to be the stops on the X-axis, so that explains the vagueness!

This is what it looked like in progress. You'll see Jeff replaced the pointless plastic stops with metal ones (and the really eagle-eyed who have an eye for that sort of thing would have spotted a Corvette panel in the background): 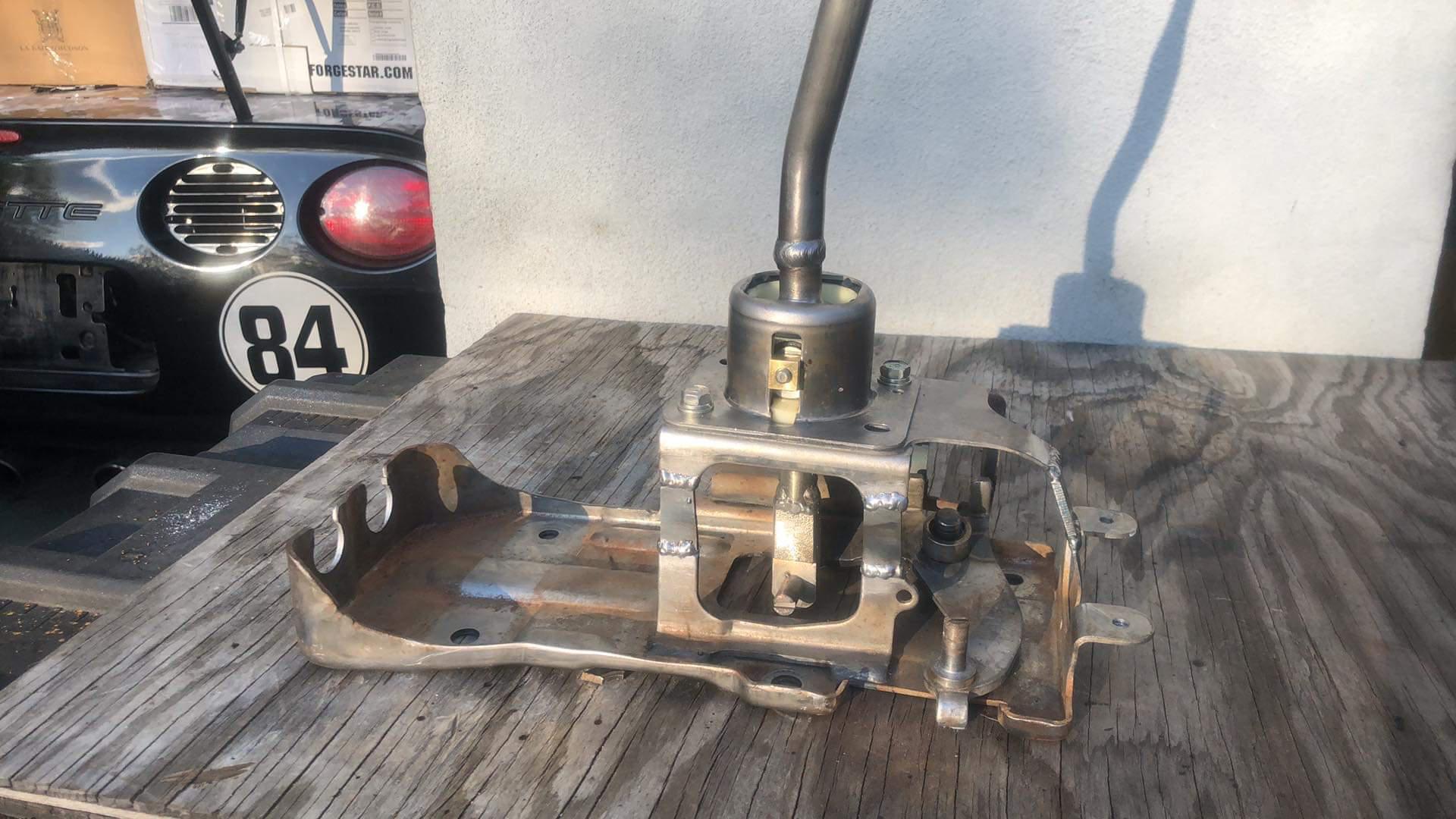 The physics of a short-shifter mod should be familiar to anyone who has sat in an unconventional place on a see-saw; as I understand it involves cutting and shutting things to move the pivot point around to make the same amount of gear lever movement induce more movement on the cables, i.e. a shorter shift with somewhat more effort at the gear lever.

Jeff didn't stop there, though he could have; he cares about the quality of anything that leaves his workshop, so he cleaned everything up and gave it a coat of paint. Here's how it looked when it came back to me yesterday: 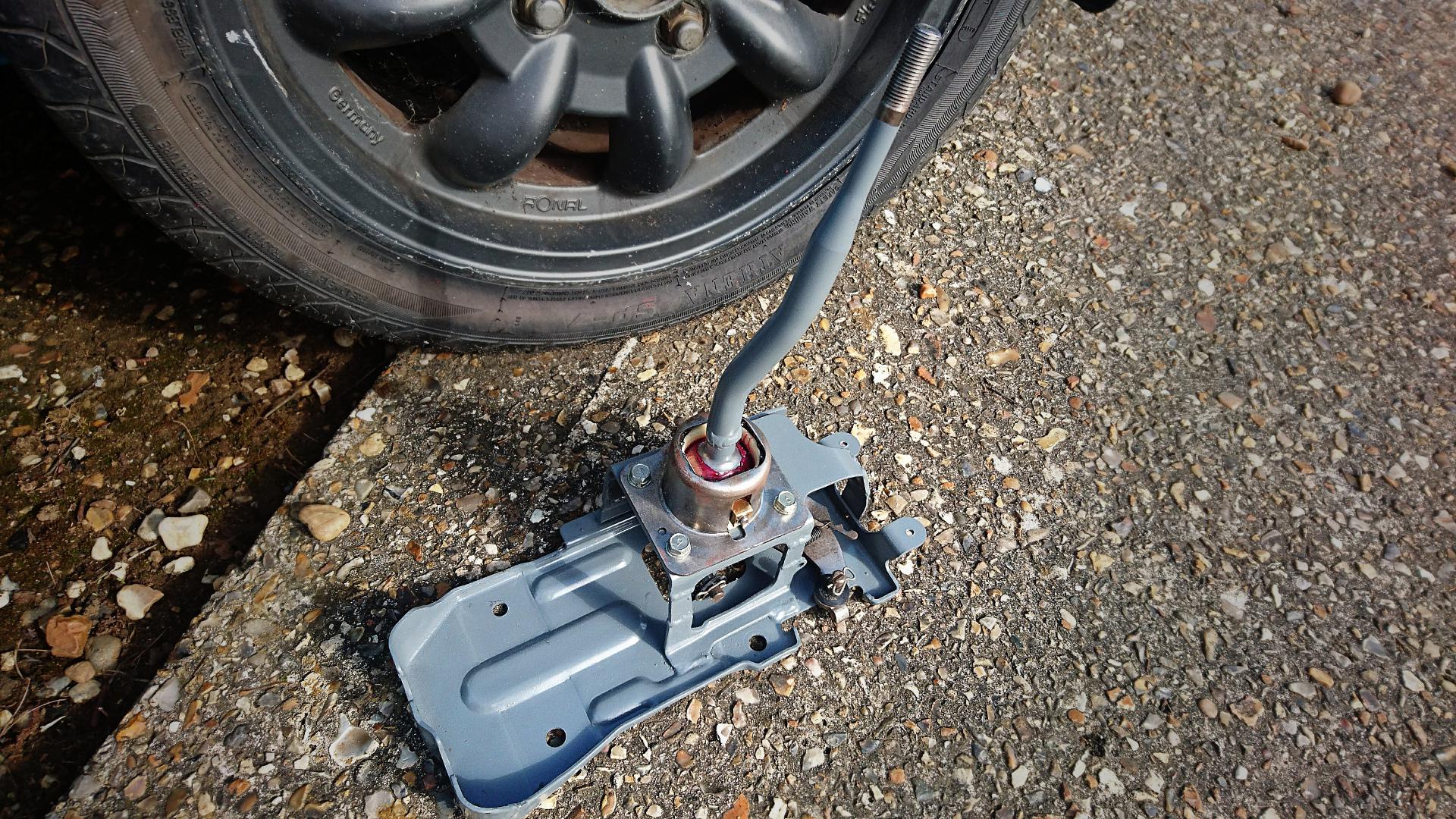 Refitting was dead easy. A bracket for the centre console tray, which bolts to the shifter assembly, needs to be gently (angle-grinder) modified to clear the slightly taller shifter, but that's all. 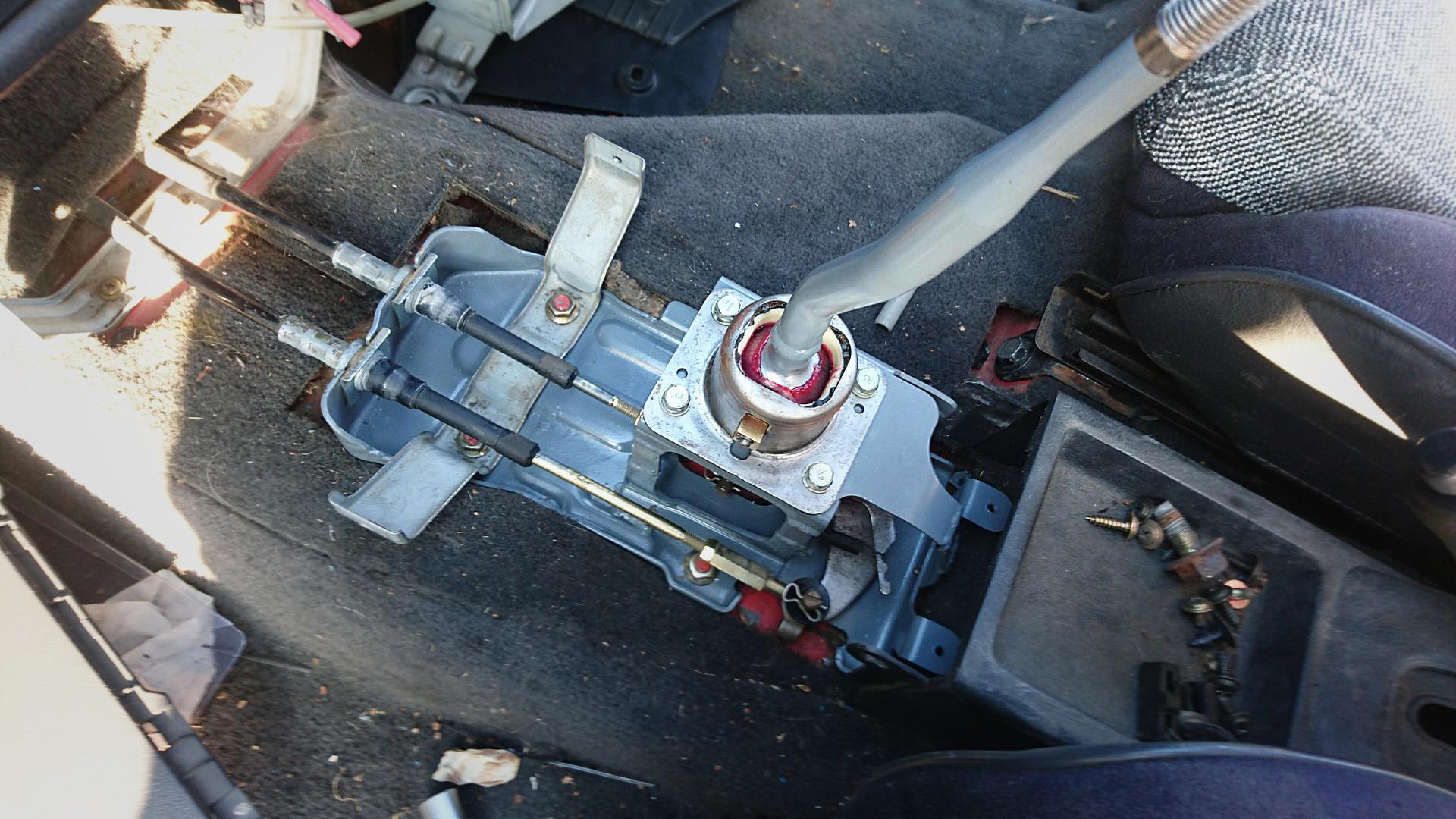 It feels lovely. I have gears in easy-to-reach and mostly predictable places now!

Now, about that manky interior.... Onwards!

Aside: why is it rather cheap for me to send parcels to the United States, but horrendously expensive to get anything sent in the other direction? I paid whatever it was I paid to ship it over there for modification, on a three-to-four day service. It cost me very slightly more to get it shipped back on a nominal three-to-four week service. This is not the only time this has happened; I did not order a Walbro fuel pump from the United States because the shipping cost nearly as much as the fuel pump, and previously I had to contend with £30 shipping for some decals. I would love to order more things from the US because there are far more GTX parts available over there than here, but the shipping costs are usually unreasonable enough to put me off the idea.